What is the deal with recycled paint?

Update on recycled paint article from 2010

366 million litres of paint (retail and trade) were sold in the UK. Of this, it is estimated that approximately 55 million litres are unused, stored in homes or garages or just thrown away. WRWA

Where are we now 3 years on, in terms of redressing the balance? 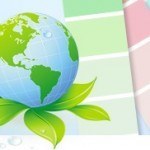 Potentially their technology could reduce waste, and therefore consumption, by 14% in the UK. At last, a green policy that makes a lot of sense environmentally and economically.

I did a review of Newlife acrylic paint and it was pretty good kit, as was the recycled white matt emulsion – over a stippled artex magnolia ceiling it covered in one good coat, certainly did not feel inferior to a decent contract emulsion. It was roughly the same price per 5 litres as Dulux Supermatt, and probably started life as supermatt anyway, which made it a no-brainer purchase.

The nitpickers reading this, please don’t hit me with with a carbon audit of the true cost including free delivery from their HQ to site. One thing at a time. This is Newlife now, a few awards under their belt since 2010.

Dulux have a couple of “green” paint reclamation ideas.

Paint Solidifier does as it says on tins with left-over paint in the bottom. Add the solidifier, wait for the waste to solidify, and dispose of the contents safely as household waste.

It is a simple process. When I first saw this paint hardener in the local Dulux Centre in 2010, the Paint Solidifier tins had dust on them. It was a tricky product to find on their online store.

Dulux claimed it was the first decorator-friendly waste management product to market, by which presumably they meant to say the first to market on this island. I had seen a similar product in Home Depot in the USA 3 years erlier, and this paint solidifier version was advertised widely too. It needs to come with some education into paying yet more to be environmentally responsible. (A simple way to air-dry left over paint so it solidifies naturally without the need for adding yet more product to the “green” process? Empty it onto cardboard sheets and leave to harden. Is that green?)

Recycle old tins and tubs of Dulux and Glidden paints
The second paint recycling idea from Dulux, recycling cans, comes with a few conditions. Firstly, they only accept paint containers purchased from their stores. Fair enough. Secondly, you can only have an inch or two of paint left over, and thirdly, they charge a small fee per container. There are fourth, fifth and tenth conditions too.

They have been getting involved with community recycling projects, like this one in Nottingham. That scheme had redistributed 12000 litres of paint over 3 years to local residents up to Feb 2013. All well and good, but in the context of 27 county councils in UK and 55 million litres going to waste, there is a way to go yet for these sorts of projects to make a dent on the environment.

but I hope this article encourages other decorators and home-makers to do their bit for the environment ie support guys like Newlife who are trying to put something back by reusing what is already there. The other biggest impact on paint-related pollution we can make, apart from never painting again, is probably adopting the Store and GO gel system. The impact of water tainted with paint going into drains is a big dirty industry secret that the gel storage addresses. Check it out.

One comment to “What is the deal with recycled paint?”