DIY and professionals spend an inordinate amount of time cleaning out brushes and rollers.

If you would rather not clean paint rollers every day, check out Kovrd.

It is a robust zip-up airtight bag that accepts roller trays, skuttles, buckets and kettles, and will keep your kit and paint fresh and ready for instant use tomorrow, or in a few days’ time – or longer.

Roll all day, then go home

The Kovrd is a proven approach that will significantly reduce the need to clean paint rollers in particular. You can start and stop, and go back to rollering and painting almost at will, with no skin forming on the paint. 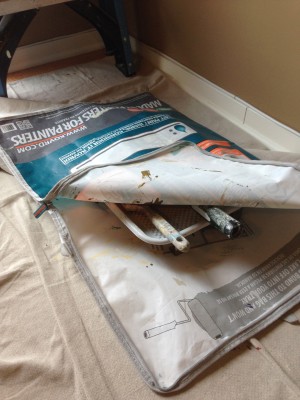 Need a break or need to go home! Zip up your roller kit, and come back after lunch, next day, after the weekend… I have had no problem returning 6 days later, unzipped the Kovrd and the acrylic wall paint and rollers were absolutely fine and ready for an instant re-start.

Nichole Lovett of Harmony Haus in Illinois is a big Kovrd user and (for proof of concept!) forgot a tray and roller for a month. It was still salvagable. Not recommended practice, but it does illustrate how airtight the Kovrd is.

What fits into a Kovrd?

I haven’t been able to fit a 15 litre bucket of paint, a Speedbucket and Big Ben tray into a Kovrd simultaneously, because it is not a Tardis, but I can assure the doubters, this is not a fake picture, it is the full Wooster Big Ben roller tray plus 14″ roller and 4.5″ JumboKoter mini roller safely tucked away. 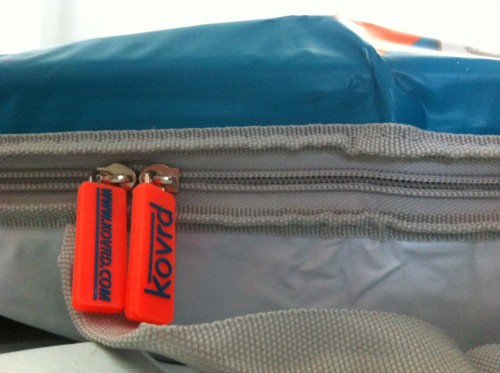 Closing the cover with the Big Ben inside, isn’t a one finger operation, but it zips up fine – it is on the comfortable side of “if the tray were 2 mm deeper the zip woudn’t close“. After a couple of days’ use though, I can say that the Kovrd fitted a Big Ben tray and closes very easily. No warming up or stretching required. 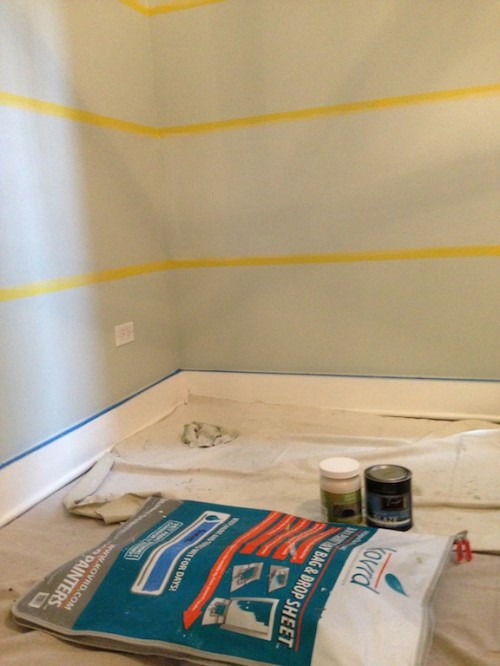 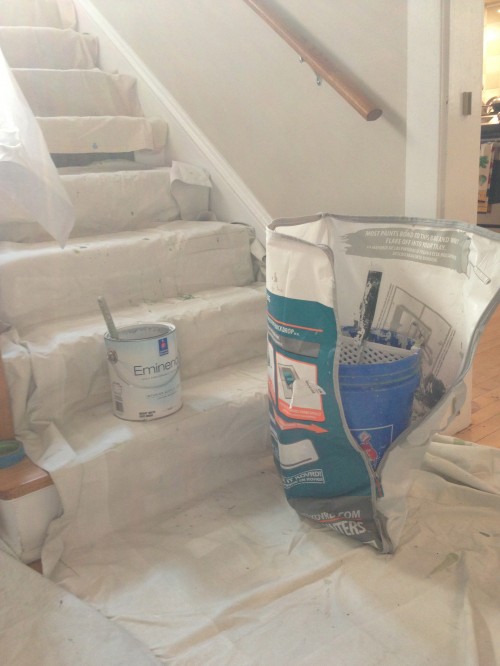 For users of 9″ roller trays, Pelicans, Roll n Go’s, standard paint kettles, you can fit a couple or more of these inside, with mini rollers, with ease.

I think this versatile bag is a big win for DIY who only have evenings and weekends to get down to painting. Literally just stop when you can’t paint any longer, zip up and leave it. You won’t lose any rollers or brushes to tiredness. No thinking involved stop, zip up and do something else.

I have read a few criticisms of the Kovrd, from painters who say it doesn’t work with their particular tray of choice.

A slightly bigger Kovrd would certainly answer those criticisms. How much bigger? All I know is, however big, there will always be someone saying if only it were a couple of inches deeper.

Some aren’t immediately obvious looking at a zip-up bag.

– Huge saving on clean-up time. Time is money, do the maths.

– If you are to-ing and fro-ing on different jobs with lots of colour changes, use one Kovrd per colour.

– If you need to get walls first coated, but need to leave them for a few days before finishing, you can leave your rolling kit in the Kovrd ready to go back to.

– It is a useful “work station” as Martin Guest pointed out, just keep your paint and paint kit in one place on top of the Kovrd. 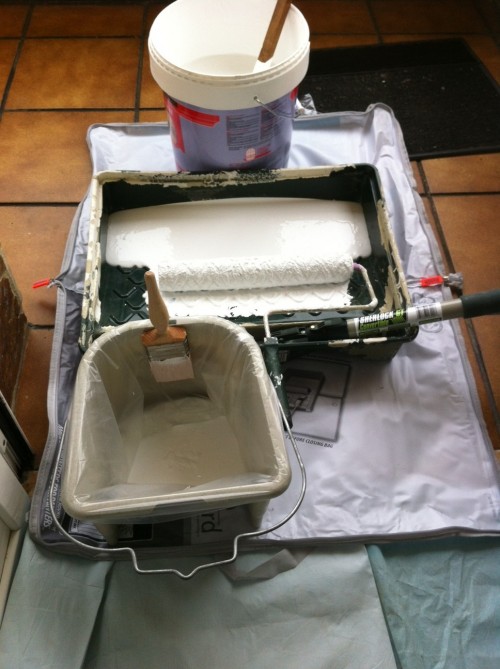 – It makes painters look professional when they aren’t necessarily painting right this minute!! 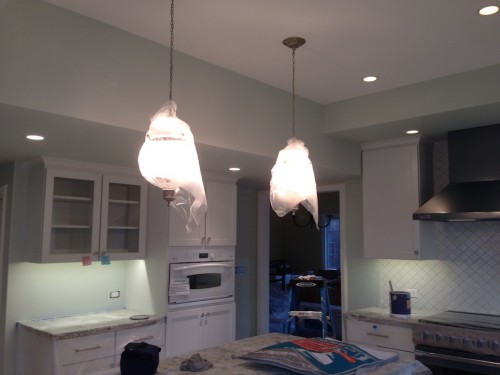 When making an entrance to a client’s home, you could have your Kovrd and your clean tray and roller kit inside. Lay it down, unzip it, you are ready to go. Or unzip your white rolling kit ready to go – or you can stick with the old way and pitch up with painting kit wrapped in bin bags and cling film.

It is the little things that suggest to customers just how professional their professional painters and decorators are. Kovrd is a positive talking point…

A big thumbs up for the Kovrd. Good concept, good design and excellent build quality. Sure it is dearer than one trash bag, but cheaper and cleaner in the long run!

Hopefully this is another one of those great products that evolves in different ways, and helps reduce the vast amount of polluting painted water disappearing down plug holes daily.

To win over more fans, they might want to address the “my tray or skuttle don’t fit” sector.

I love mine, but find I do have to squeeze my tray and roller in – it’s meant that it’s split now. If it was just a little bigger I’d buy 5!

Once you can get a feel for its versatility and integrate it into your work flow, the Kovrd format certainly has some legs, and it is a no-brainer addition to the water-based kit bag.

Thanks to Nichole for her extra input and perspective. A self professed Kovrd lover, (she has 20 in her possession!!), you can see how it works well into her service – painting with an ECO Conscience in Evanston, IL.

Where can you find the Kovrd in the UK