Once you have read about this sunny yellow kitchen transformation, those of you who know Suffolk, might be interested to read about a local Southwold man who painted a few dark pictures in his time. 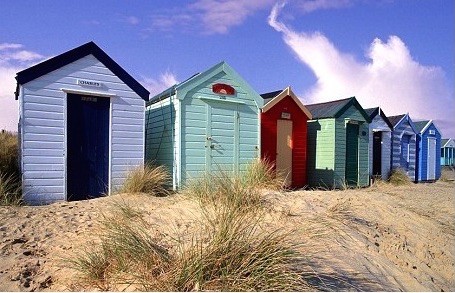 The client first contacted Richard about this kitchen repaint months before remodelling their house.

This was not going to be a straight forward job as the kitchen doors were a vinyl wrap badly painted by the previous owners and sticky to the touch! 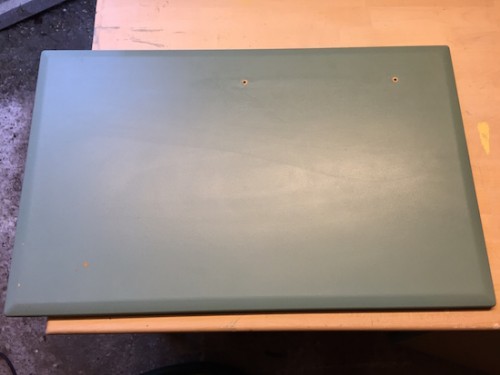 Worktops and flooring were protected and all the units were degreased with a strong solution of Fluxaf Pro Clean and Indsa Green Scouring pads.

When dry, all the doors and drawers were labelled and removed and put aside ready to be taken back to the workshop for the next stage of preparation. Meanwhile, he sanded all the static carcasses, using a trusty Festool RTS 400 sander and Midi extractor. Dust free and efficient.

Any damaged edges were filled with a 2 part filler, sanded back and skimmed with a small amount of Pro Decor’s lightweight filler to finish.

Once back in the workshop, he set about sanding the doors with his trusty sander (pictured below in the background on the left), but the 120 grade Mirka Abranet pads started to gum up!
It was time to bring out the big guns!! 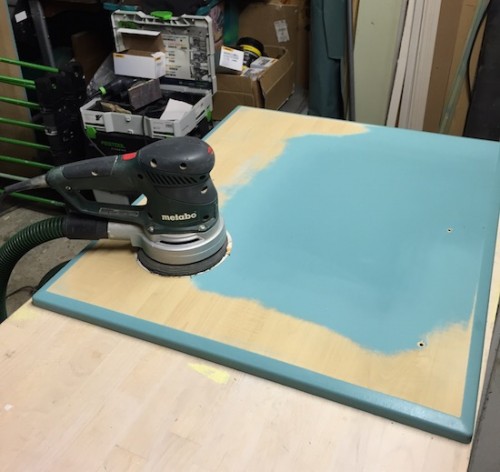 He had to be careful not to break through the vinyl wrap with this Metabo random orbital sander and an 80 grit pad. Any damage was cut away reformed with a 2 part filler.

The next few days he applied adhesion primers, primer undercoats and one top coat, the plan being to apply a final top coat, once back on site.

Back at the client’s house all the static carcasses underwent the same process as the doors and drawers. And here is the end result with all the doors rehung and top coated. 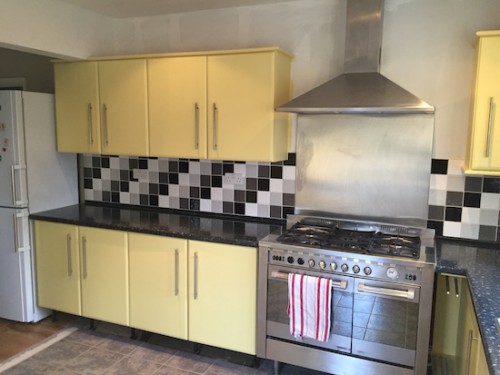 As you can see the results are stunning and the client was totally thrilled with the whole process and the finished look. 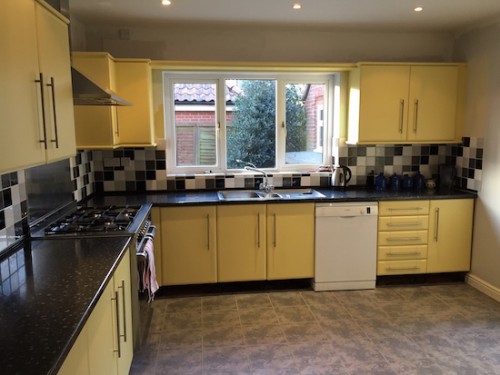 Further examples of Richard’s work can be viewed here on the Traditional Painter website.

A painter of dark stories

Between 1927 and 1929 a young man from Southwold, later known to all as George Orwell of “1984”, voluntarily gave up the good life to spend 18 months on the streets of London as a tramp, getting to understand the perspective of the homeless. He then went over to Paris, started writing, fell on hard times and worked in the lowest of the low kitchen jobs, observing the slave-like conditions and mindset of dishwashers and folks doing menial work at posh restaurants.

Net result: true empathy for the disadvantaged in two great European capitals, and a severe illness which forced him to return home to Southwold to recuperate! A few years later he managed to get his book, Down and Out in Paris and London published.

To close the circle of painting and attention to detail, in April 1946, Orwell talked about the painting trade classic, Ragged Trousered Philanthropist:

he praised the book’s ability to convey without sensationalism “the actual detail of manual work and the tiny things almost unimaginable to any comfortably situated person which make life a misery when one’s income drops below a certain level.

” He considered it “a book that everyone should read” Quote

There is a fuller account of Orwell’s time in Southwold here. He died aged 46 from TB.

Thanks for reading and if you have any questions, we are happy to help.